This weekend, we built a sweat lodge, for use in the winter solstice ceremony (and potentially other ceremonies, of course).

we began by clearing a level site just west of the fire circle. 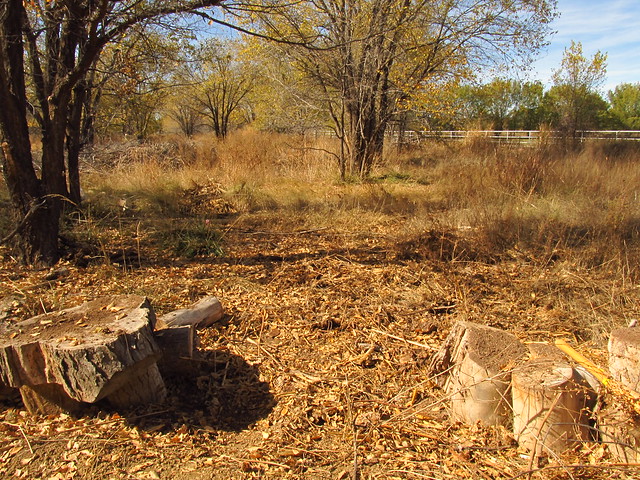 some friends came down to help, and our three current wwoof interns all jumped into the work with enthusiasm. 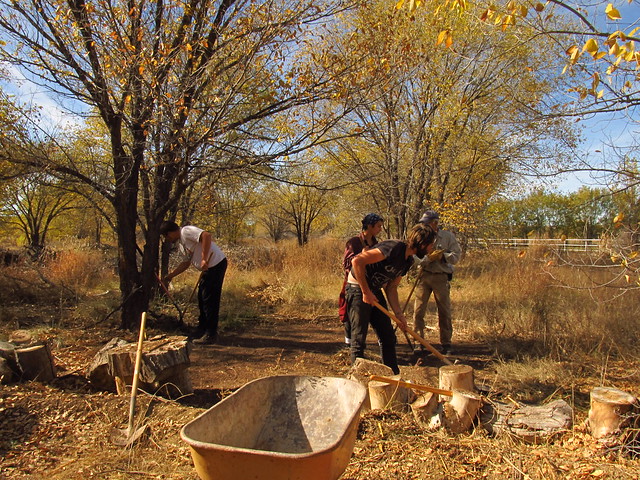 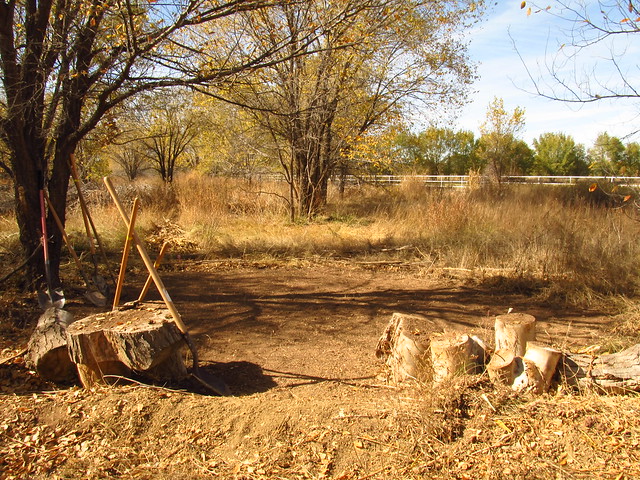 then we selected fifteen strong young elm trees, as slender and long as we could find, and stripped them down to become the poles for the frame. normally, this would be done with willow, but we are working from a principle of site-specificity. our property includes many thousands of elm trees that require some management, and no willow at all. so we used elm. it worked out very well. 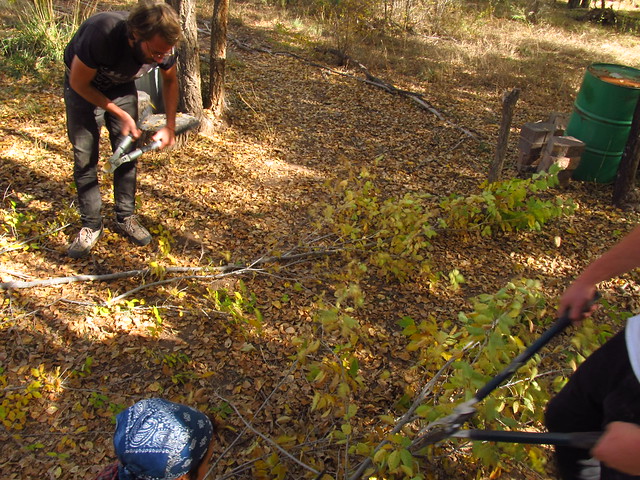 we measured the center of the lodge, tehn dug the hole where the hot rocks will go. 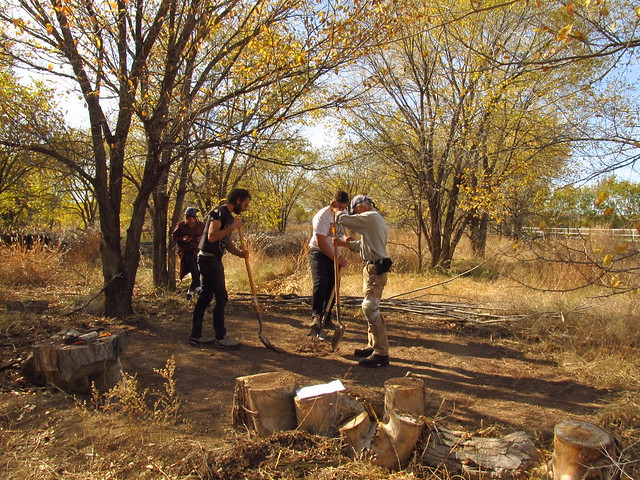 then we laid out the poles to determine where to dig the holes to plant them into the earth. 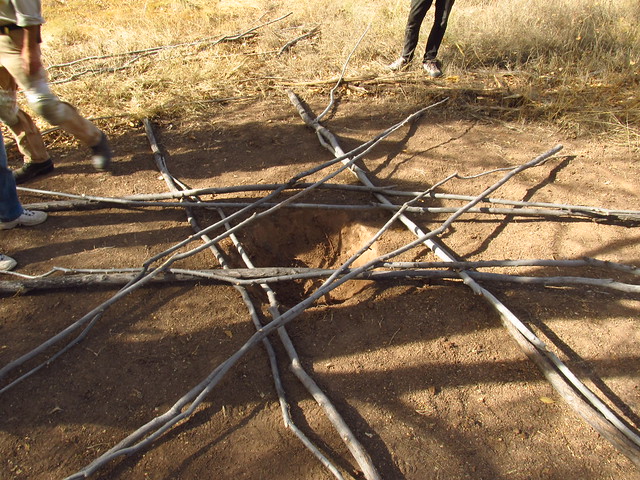 we dug the post holes about a foot deep, to give the structure strength and stability. 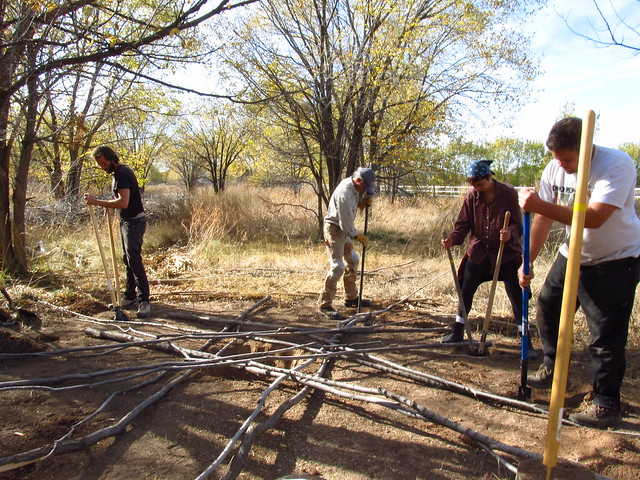 then set the poles in place 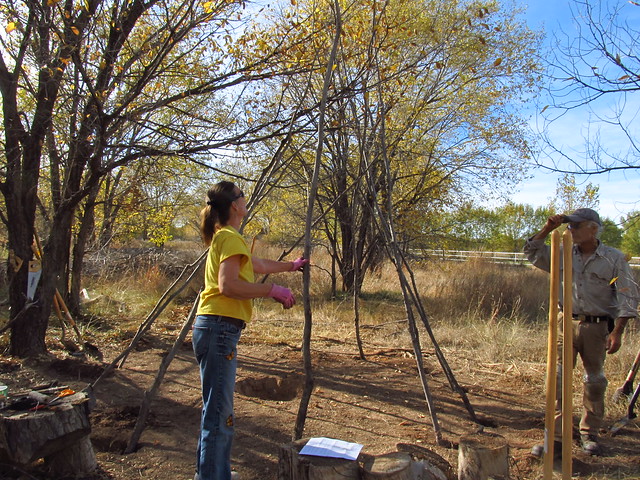 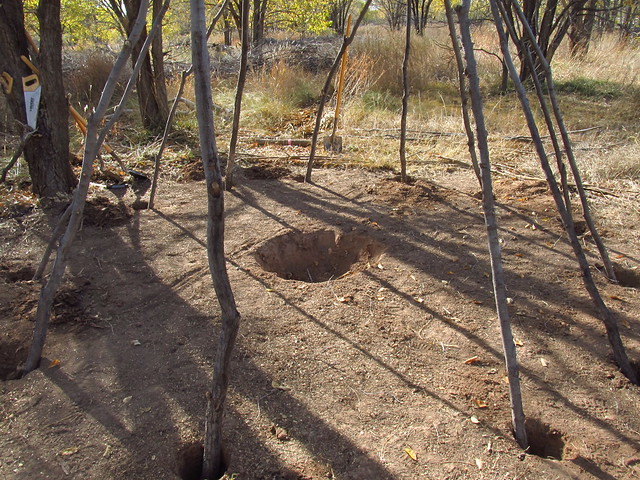 planted them firmly in the earth, with much careful tamping 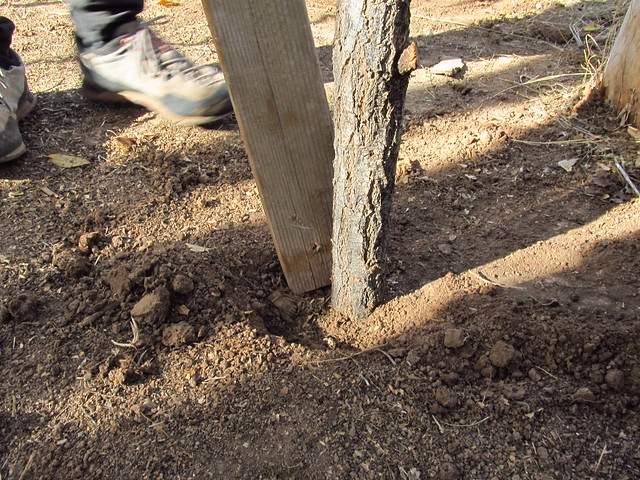 and bent them into shape. 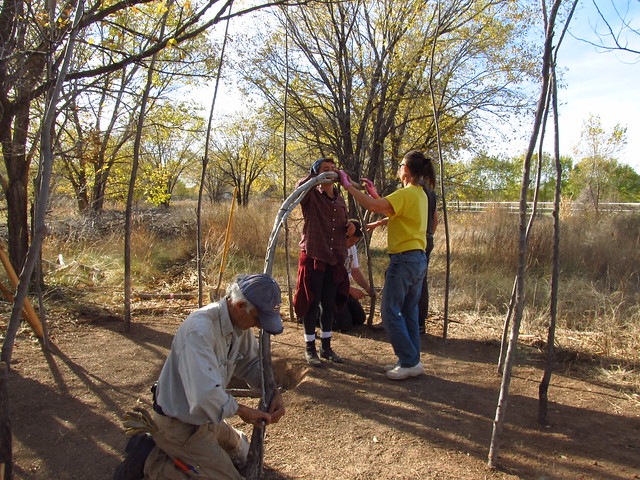 the poles are not interlaced, because they are elm, which is less flexible than willow. instead, they are laid over each other in courses. 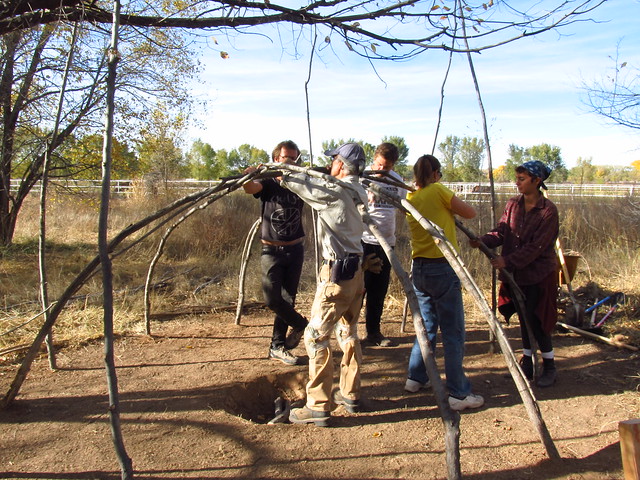 we fastened the bent poles to each other with wire. we used wire again because it was what was already available on hand, and also because elm is very strong, and somewhat resistant to being bent, and we wanted a fastener that would hold it firmly in place without supervision while it dries into its new shape. 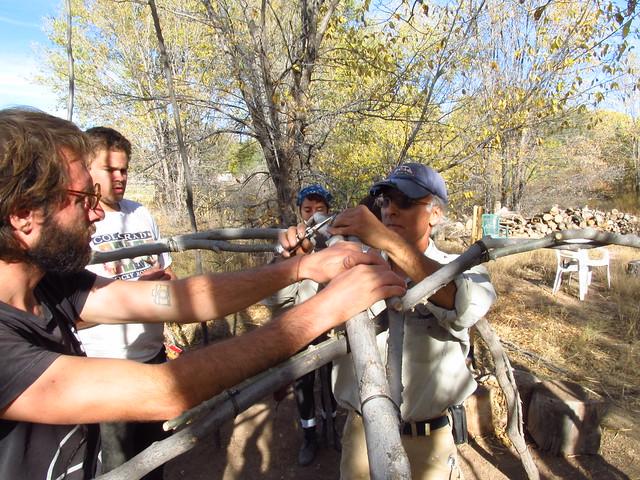 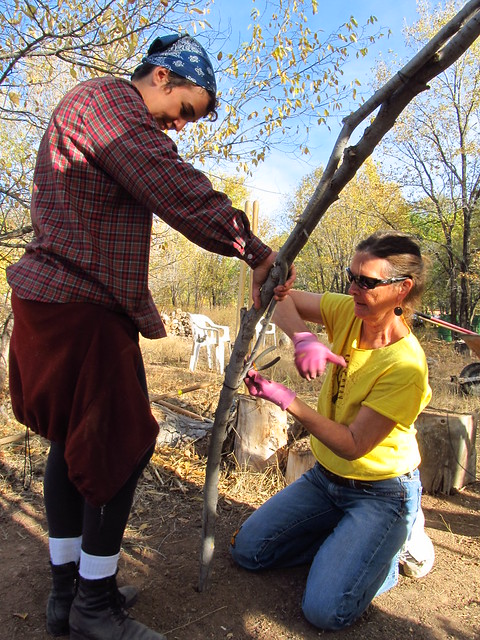 when all the long poles were in, we added the lateral support along the outside of the circle. 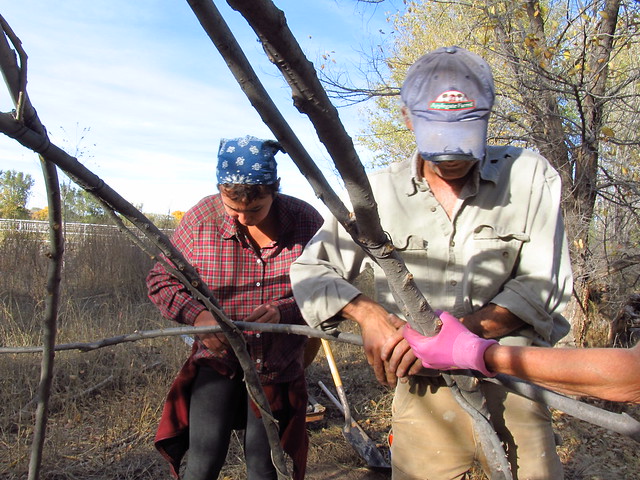 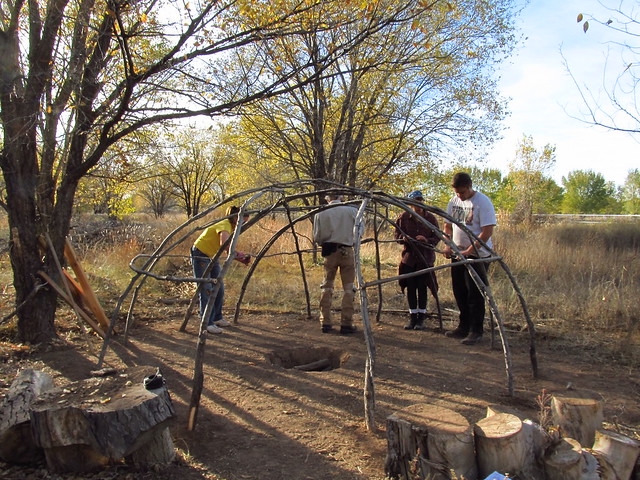 and finished with a couple extra supports to hold the blankets above the door. 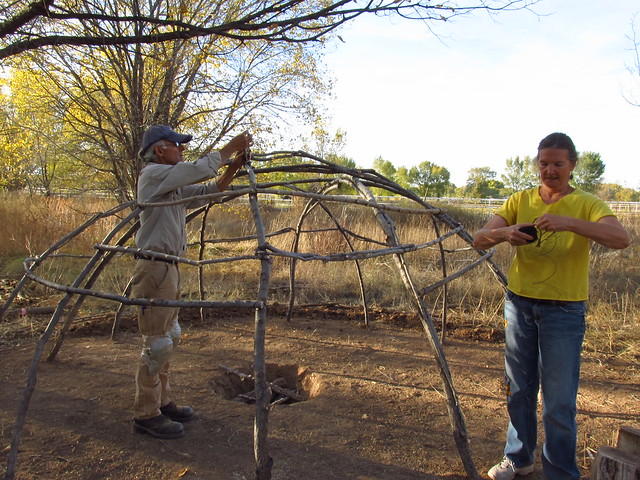 we also began to add a berm around the low side, to protect the lodge from flood irrigation next spring. 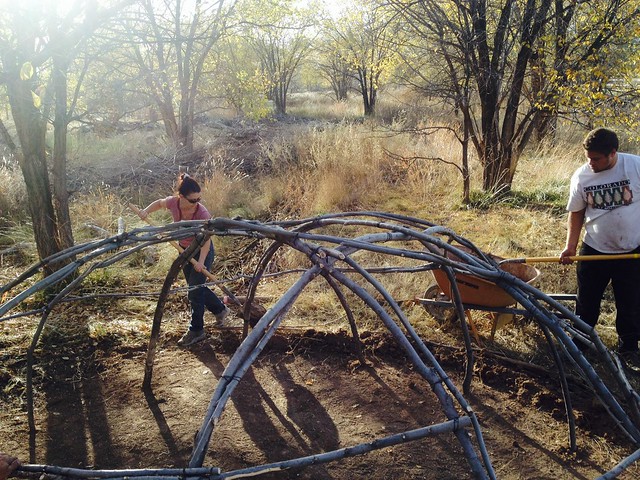 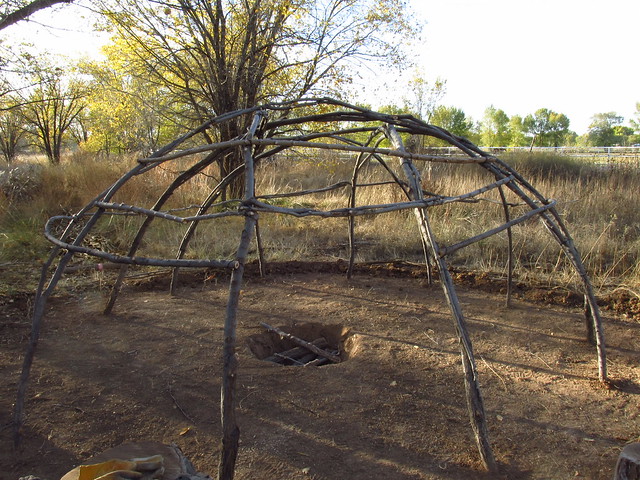 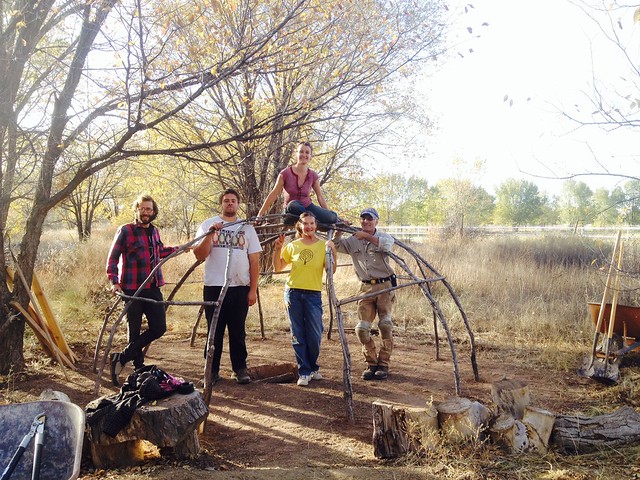 the frame is sturdy enough that i could do a pullover directly onto the top of it, and it barely moved. 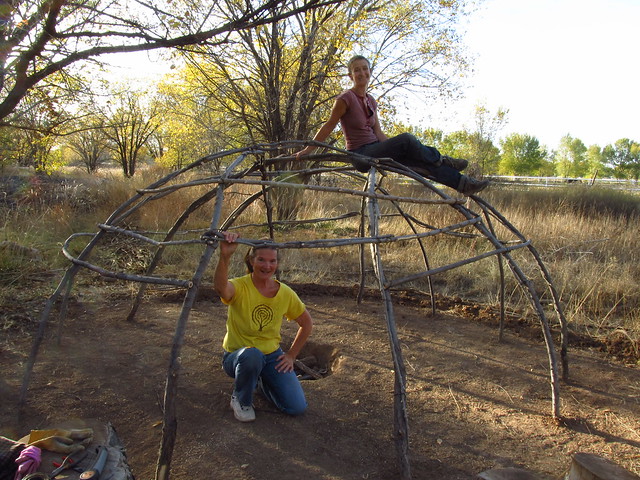 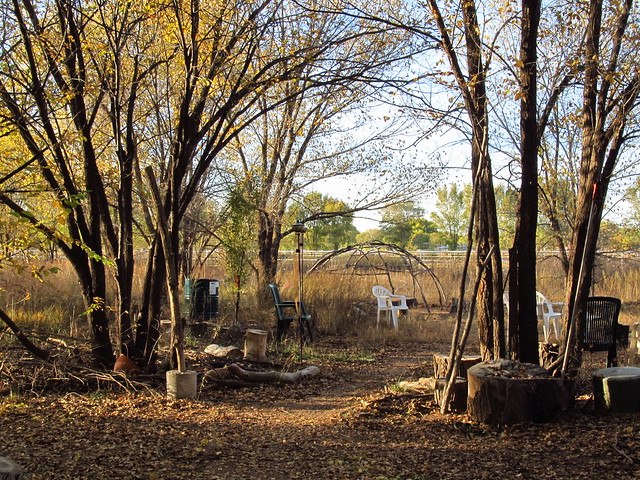 the full set of photos is here: 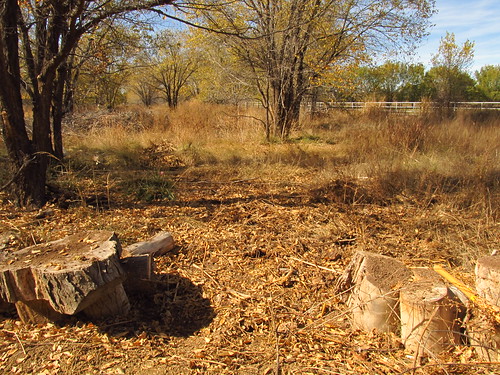