i have so much to update! spring is charging along at full force, as are the preparations for the summer solstice festival.

the garden is growing beautifully again this spring: 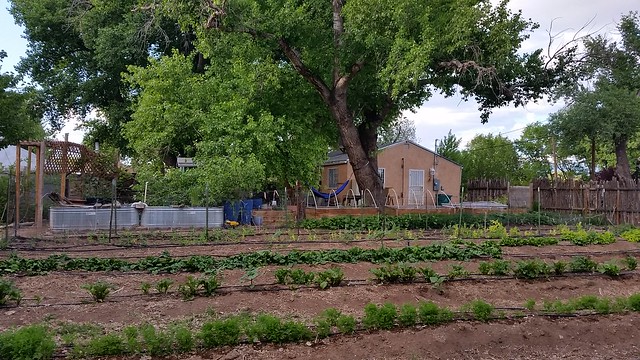 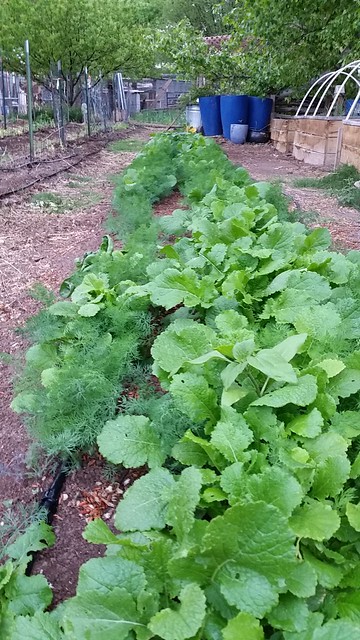 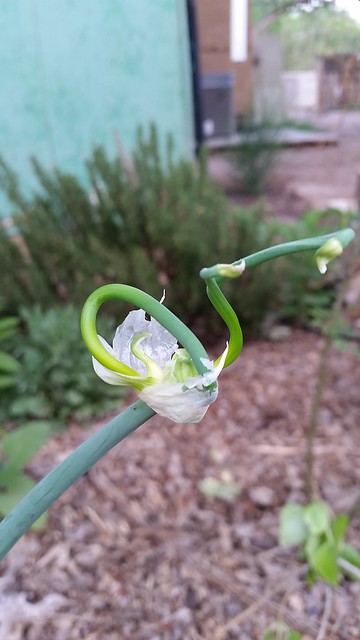 and so are the grasshoppers: 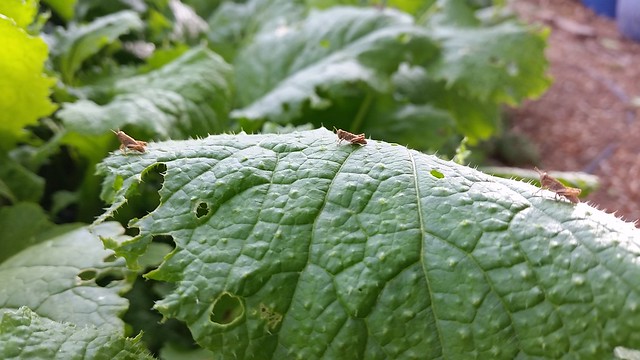 After the ravages the grasshoppers visited upon us last year, we were not thrilled to begin seeing thousands of them this year. So we have put down many pounds of organic, grasshopper-specific pesticide called NoloBait. The grasshoppers eat it, and it makes them sterile, so each successive generation is much smaller than the previous one. This should slow down the rate at which they eat every living thing on our farm.

Elliott’s cute, but he just can’t keep up. He spends too much time eating the bok choy, and admiring himself in reflective surfaces such as the french doors, and blue cars. Blue cars are his favorite. 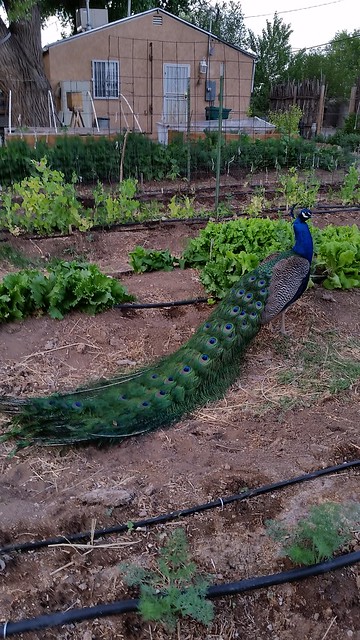 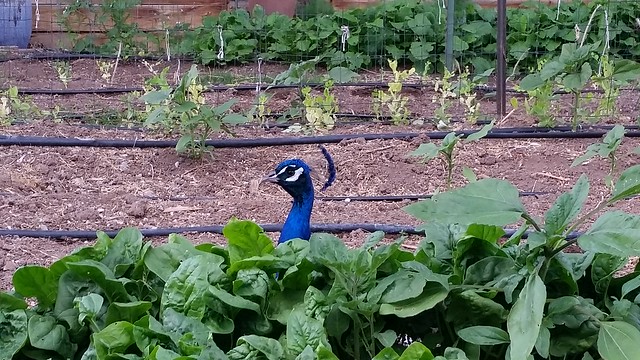 The field, now in its second year of growing cover crops (wheat and clover) to crowd out the sunflowers and such, is looking pretty spectacular. We decided not to run any chickens on it this year, which will give the plants more of a chance to get established. 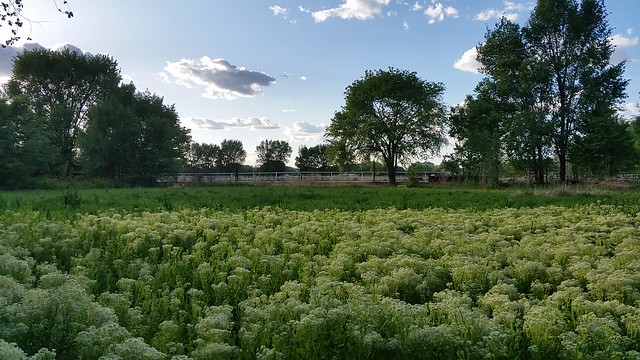 and for the first time, the flood irrigation in the green belt area can fully surround all our little water-starved orchard trees! This has been a long time coming, and has involved many kinds of miscommunications and setbacks, which probably deserves a full post that I don’t have time to write. In any case, I was thrilled to watch the honeysuckle apple tree get four inches deep in water when we flooded last weekend. 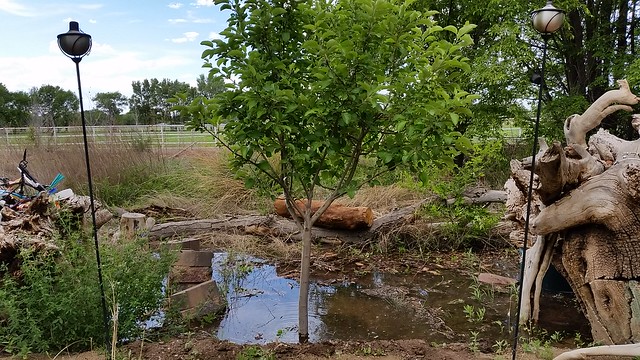 With Summer LongDance moving to Sunflower River, dance ground/ fire circle infrastructure is a major project this month. We made good headway on shaping the space last weekend. 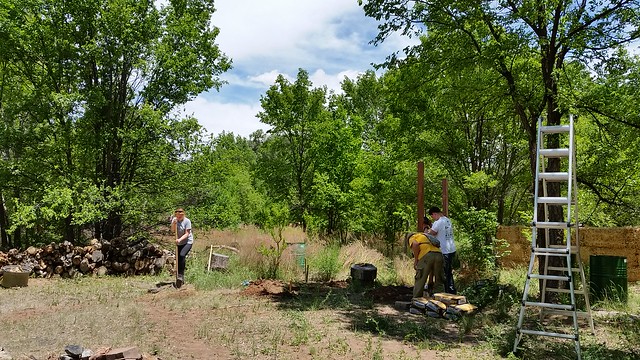 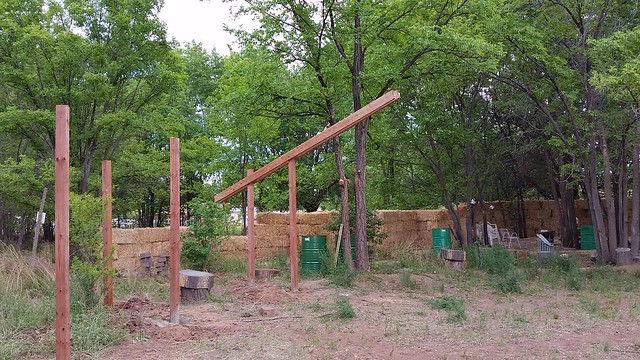 Though there’s plenty more work to do — if you’re interested in getting in on that, join us on June 4th or 12th for our work parties!

Meanwhile, the tree that fell over last spring is growing new trees from itself: 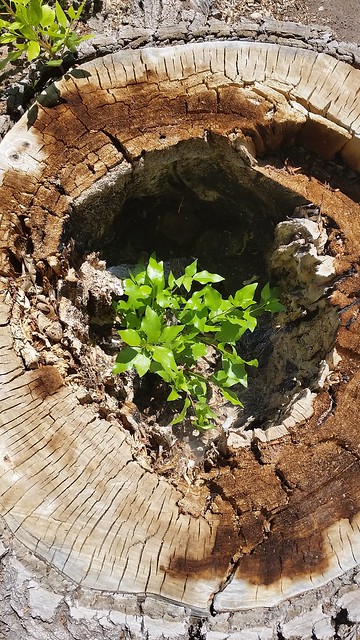 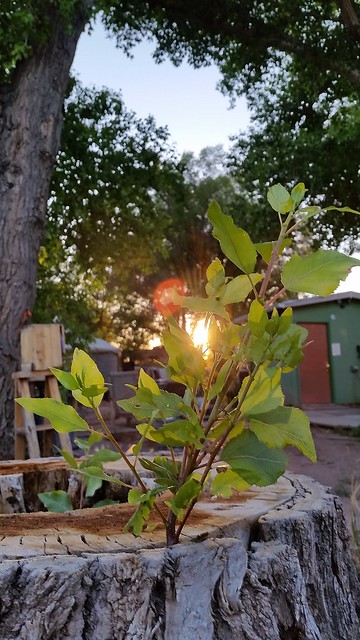 It’ll be ready to fall on another car in about 50 years.

and here’s this month’s gratuitous kitty pic: Tybalt inside the wall. 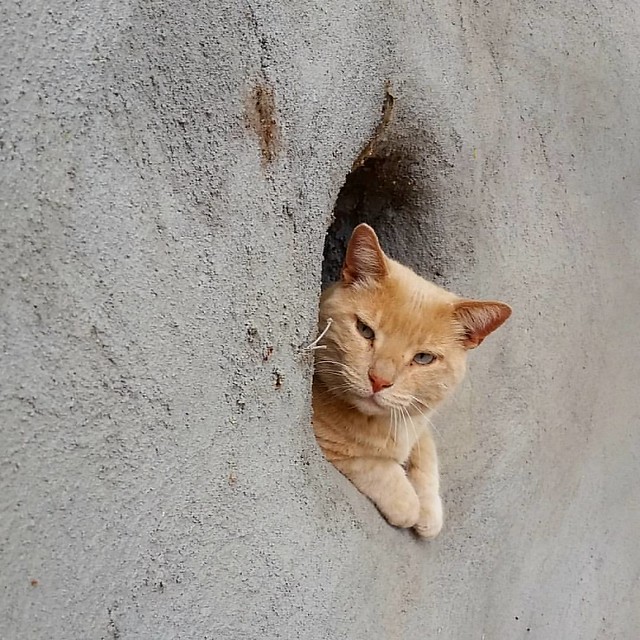