some flower photos and a work party

it’s been monsoonish out, though not actually raining much. hot in the early afternoon, then windy, clouding up, sprinkling, then clearing up towards evening. it’s very early in the season for this sort of thing, but not unwelcome.

the cottonwoods in the storm light are majestic. 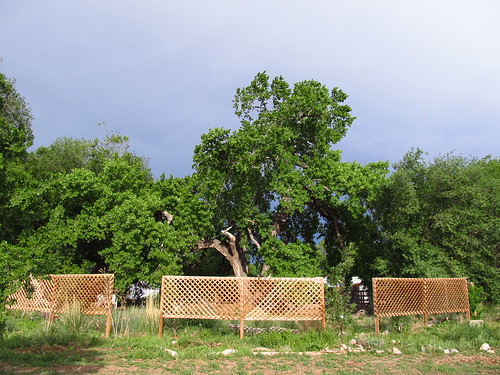 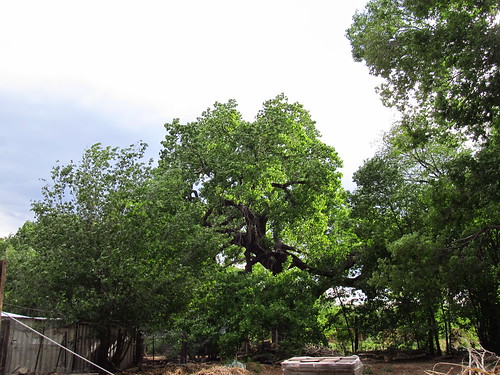 meanwhile, the garden is coming in. greens of all sorts, turnips, peas. strawberries. 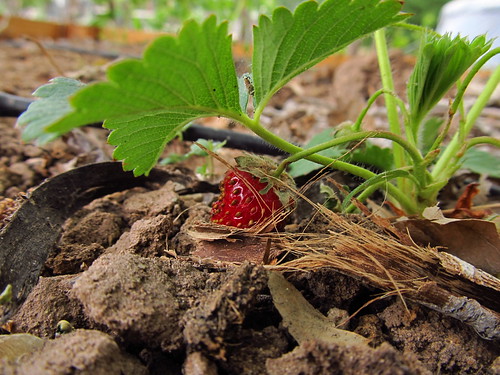 for the first time, fruit is setting up on all of our fruit trees — we have apricots, cherries, peaches, apples, and of course mulberries (we usually have mulberries). the almonds didn’t make it, but those trees are very young.

alan installed an aquaponics system this spring (which he’ll post in detail about when he has time), and which is now producing dill, jerusalem artichokes, and lettuces. there are also a couple of yellow water iris, and something we’re calling a helicopter plant because of its wild spray of stems. and because we don’t know its name. 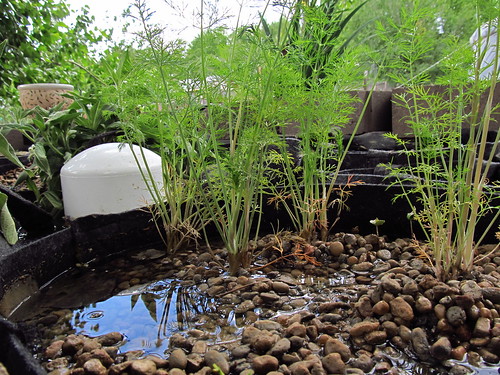 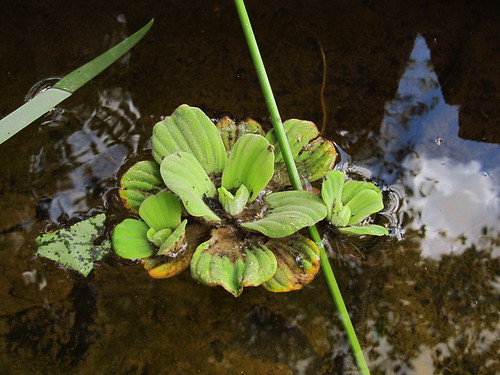 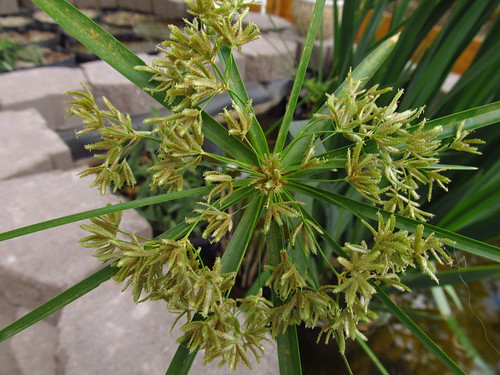 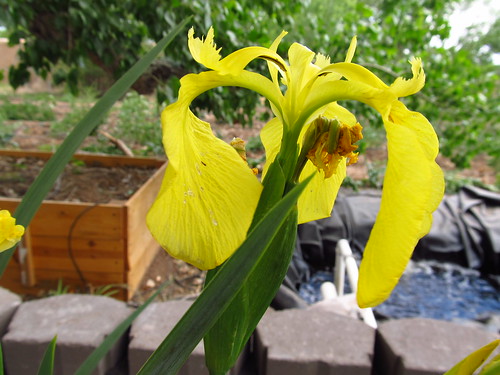 next up, lotuses. i just discovered that they grow here. i am going to get vivid pink ones. and a turtle. and some mosquito fish, to eat the extra mosquitoes the pond is generating.

and a woodhouse’s toad in the little toad bowl, in the herb garden. they love it here. rose petals, pond scum and all. 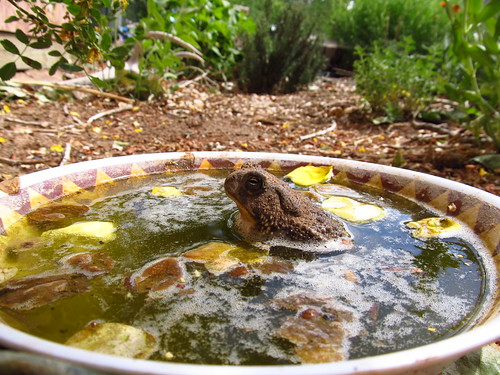 last saturday’s workparty was very successful. we got more plastering done on the east wall, and tackled the north wall project for the first time this year — which turned out to be locating the job site, under all the leaves and whatnot of winter, and sorting out the scope of the work, and then tearing down most of the old dome (rather than starting a rebuild project at 2pm). we also moved the grown layer birds into the main chicken coop, pulled the meat bird tractor out into the field so they could start browsing on greens, cleaned up the area where the chicken tractors were, and set up the empty one as a brooder again. just in time — that afternoon, the post office called to say our new meat birds had arrived, two days early. perfect timing, really, as we were able to get them all installed and everything that same day. Dusty and i transplanted the majority of the tomatoes that day, too. so corn and tomatoes are in. this weekend, i’ll put in dry beans, green beans, lima beans, (you have to give the corn a head start on the pole beans, or the beans just overwhelm the corn), okra, peppers, and eggplant.

meanwhile, we’ve had major and increasing rat problems all winter. we thought we might reduce them by moving the barnyard compost (prime rat habitat) away from the chicken coop fence and into the field. this might have helped, but it has definitely not gotten them out of the barn. we lost half a bag of game bird feed to the little boogers this month. yesterday and today, Jenny & Caden tackled Jenny’s plan to rat-proof the feed storage area. they enclosed the whole area in 1/4″ hardware cloth (a firm wire mesh), and built sturdy wooden doors with hardware cloth screen for the front, with latches on everything. so the rats simply cannot get in. I came home today to find Caden inside the cage, stapling hardware cloth on and making jokes about storing the wwoofers (interns) in it as a pen, while Jenny finished installing the doors around him. we got a truckload of feed unloaded and installed in the new feed cage, and it looks darn rat-proof. (photos not uploaded yet).

the eclipse this weekend is supposed to be spectacular. Albuquerque’s south valley is also supposed to be among the best possible places to see it. so sunday evening will find me hanging with a couple friends in the pirate fort with a beer and some eclipse glasses and my camera.