So, between my general delinquency at posting here this year, and the server crash a few weeks ago, it looks like i seriously owe you all an update on the house remodel project.

so we bought that place? 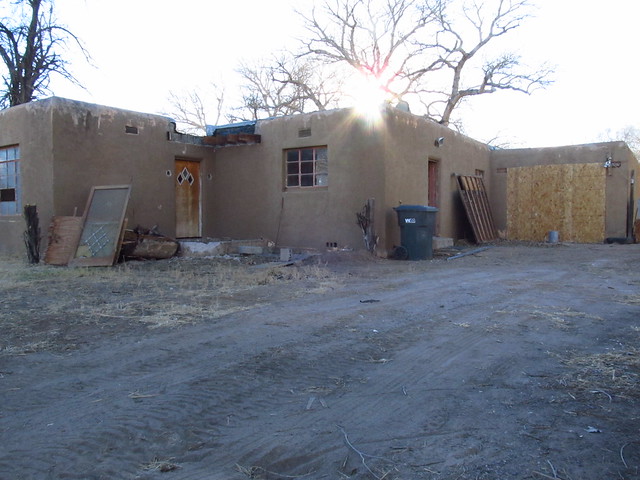 and we gutted it? 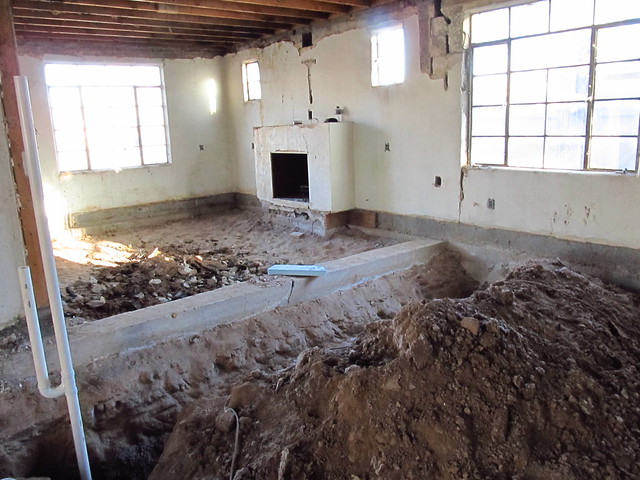 and early this year, we hired general contractor Bryan Jabaay to come do the remodel for us. He, in turn, has pulled in assistance from a number of directions, most notably Cadmon Whittey at Paja Construction, who did the strawbale wrap.

we’ve got a lot of great things going on with the place. and we’re getting pretty close to being done with it.

radiant heating/cooling system (i somehow did not get a shot of the sub-floor piping. so here’s the manifold.) 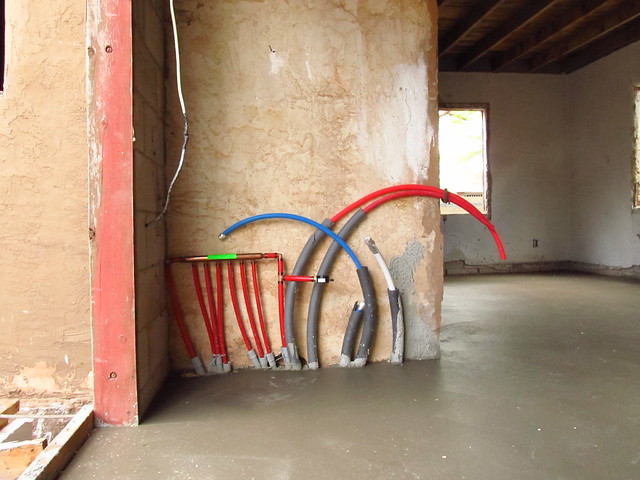 awesome strawbale wrap around the exterior (strawbale has an insulative value of about R-45-50, compared to the average house’s R-19 walls. this place is *cozy.*) 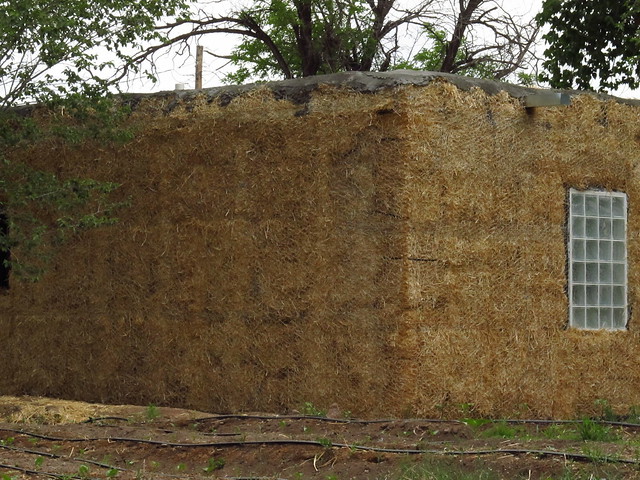 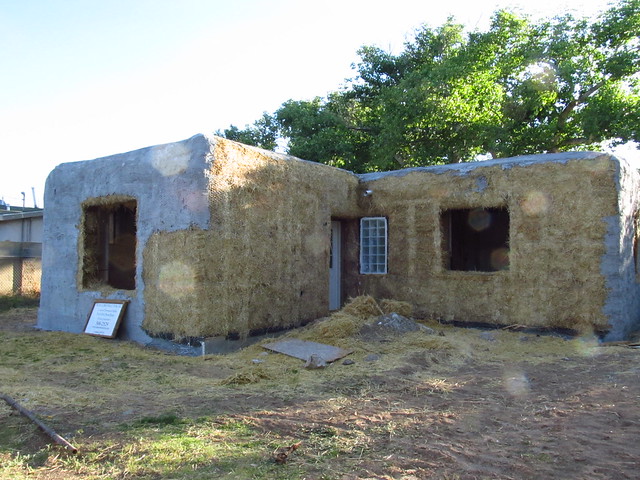 wood flooring over the slab 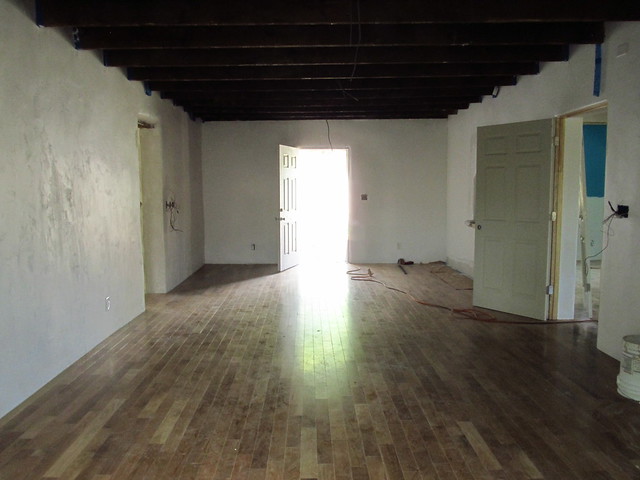 niches in the old adobe great-room 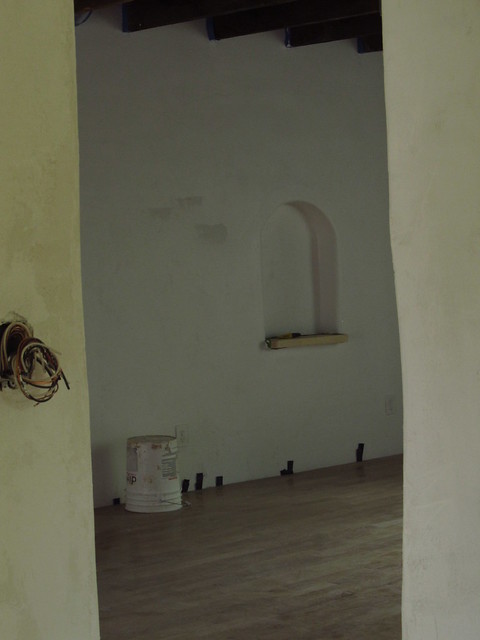 gorgeous big windowsills brought to you by strawbale walls 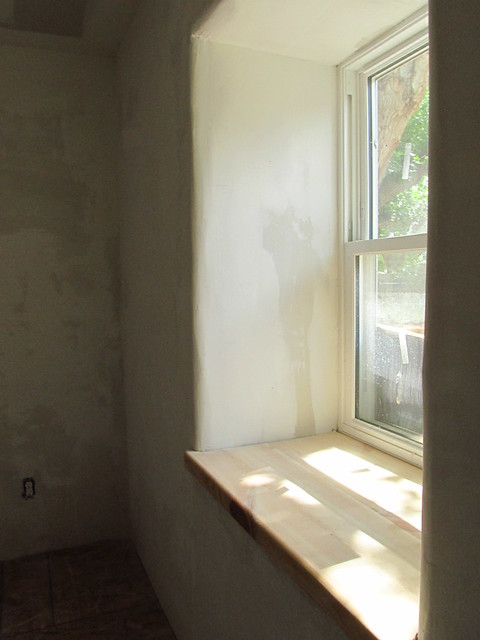 new roofing (i apparently did not get a photograph while i was up there; it looks just like a new vinyl roof. you’ll have to imagine it.)

and Jenny and I are working on a penny-tile floor in the small bathroom. she said, this is what comes of choosing your home improvement projects off of Pinterest. isn’t it pretty? i’ll probably do a real post on that project as soon as i can get around to it. but here’s a teaser: 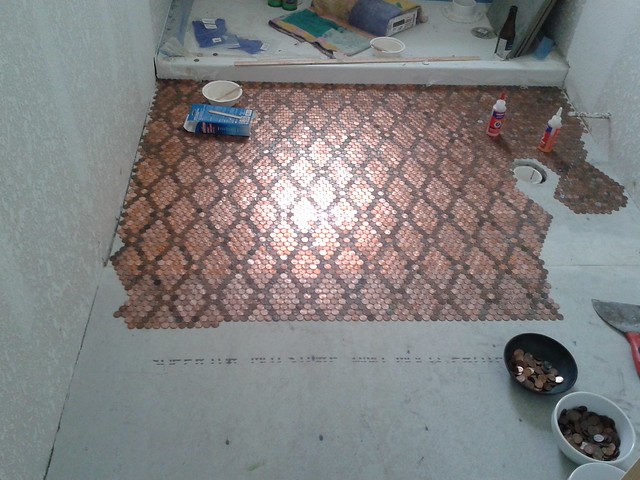 this has been taking huge rafts of our time and energy all year. we’re getting very excited to see it complete! we’ll probably be moving in over September/October.