a soggy summer is a green summer

it has not stopped raining. this is really pretty remarkable, all things considered. we’ve had over 7″ of rain on the farm so far in 2015, and no indication of the storm season slackening. happily, since the tree fell, we have had no further rain related disasters; just the usual run of weeds and mosquitoes. we need a native toad infusion, stat; there seem to be far fewer spadefoot toads than usual, and i think that there was a die-off over last winter.

there are of course billions of grasshoppers, as well as the mosquitoes. the garden is thriving around them, though some of the elms out back have leaves like tatwork. 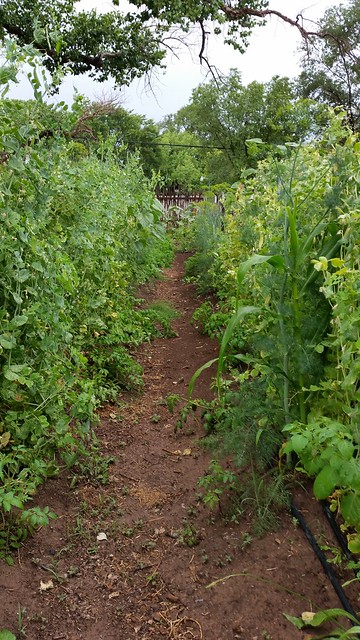 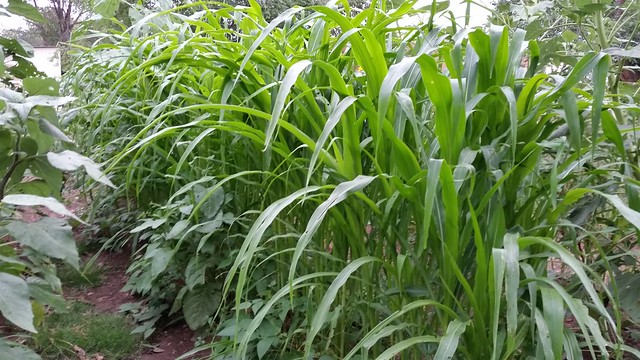 an overview of the green 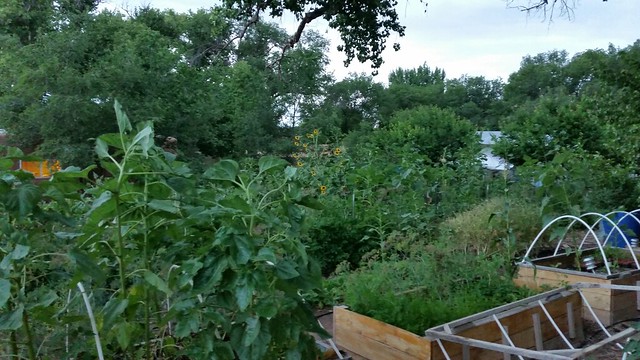 we’re getting more interesting bugs, like this gorgeous mallow beetle. 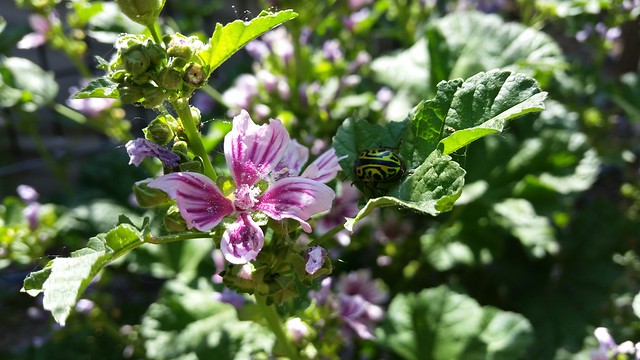 we also have a family of summer tanagers living in the cottonwoods. this is the female: 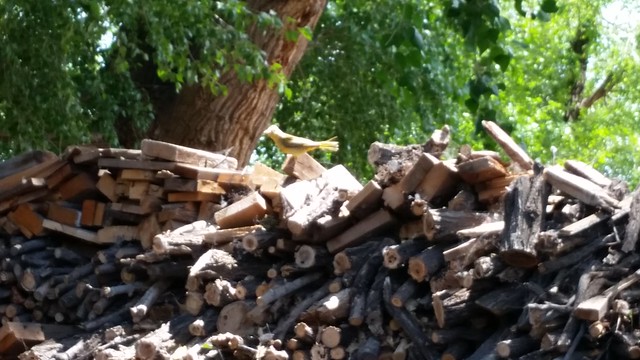 and the brilliant male. i had to run for help to identify him; i couldn’t believe i was seeing a cardinal this far west. and sure enough, he’s not. 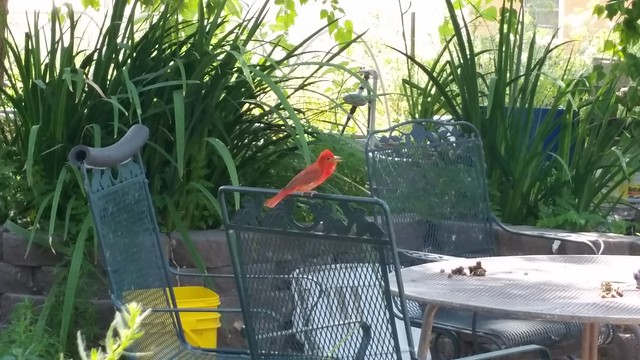 and here is a fledgling tanager. 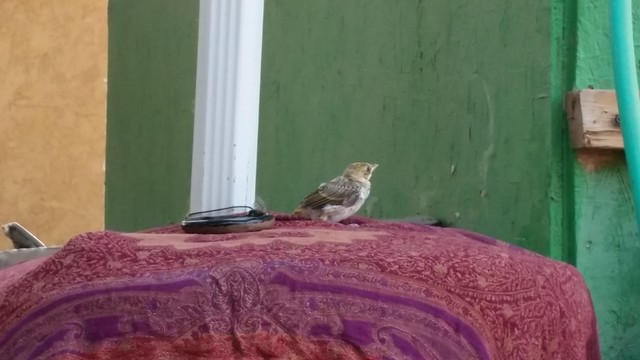 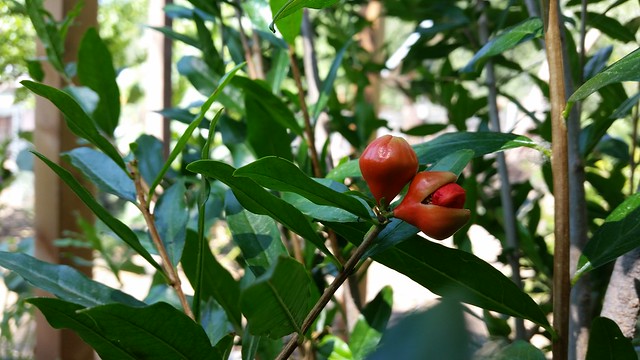 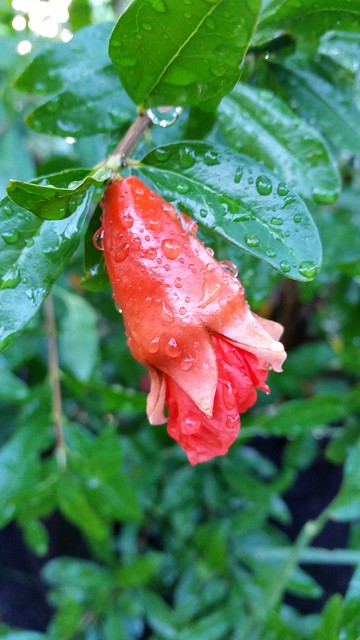 a lily in the aquaponics system 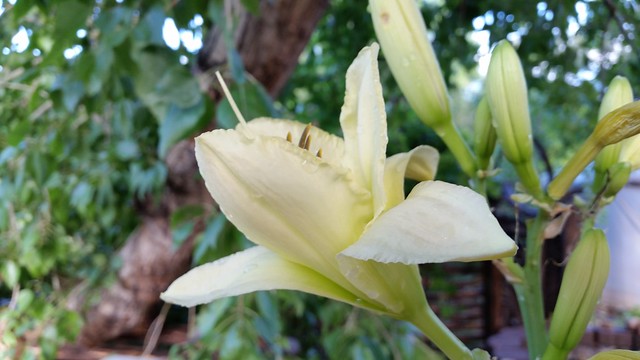 the back field grew so tall so fast, and so thick with sunflowers, that we borrowed Robin’s sheep to help tame it. they’re doing a world of good, trampling in the buckwheat seeds and eating most of the weeds (though not quite as many of the sunflowers as i’d like). 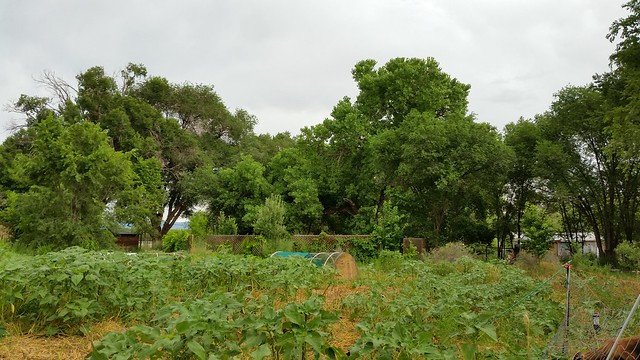 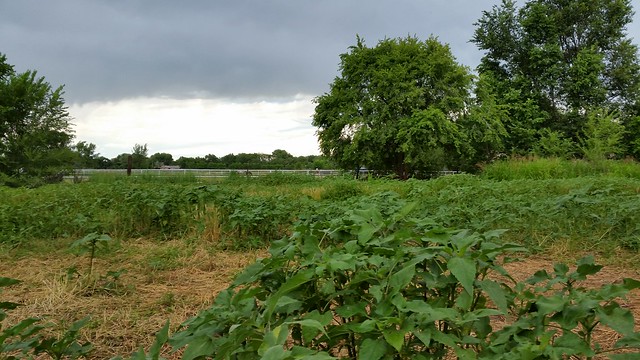 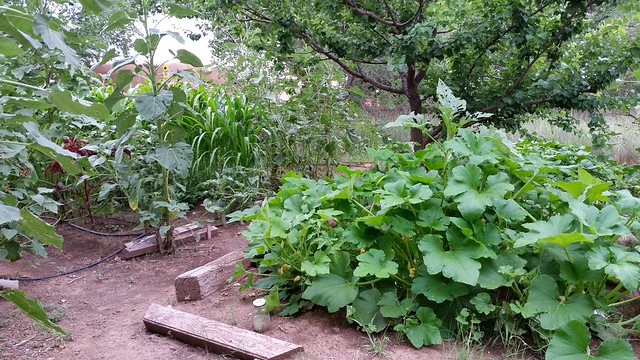 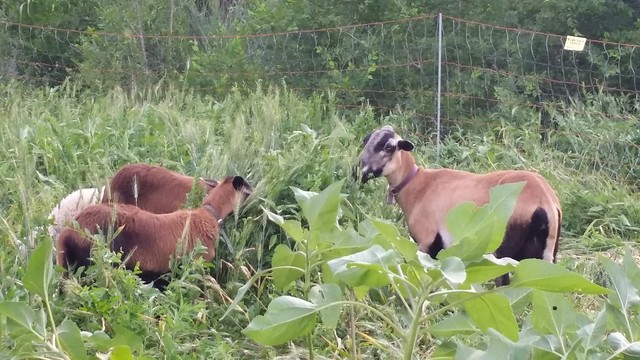 meanwhile, the wall project is consuming all of my farm-time, and it’s chugging along quite well. we’ve got a great crew of people reliably coming down to help work on it, and all the available Stewards and interns have been putting their backs to it since we started in May. There are three segments to the wall addition, and two gates (the three bits are between teh gates). The gates are custom wood gates from Groff Lumber, and will be installed in mid-August. we’ve got the first section, which is the longest, fully built, and plan to spend August building the second segment — and helping our frieds at the Hive do repairs and some final construction on their earthbag wall! they’ve been coming down to help us out reliably all summer. My goal is to build the second segment in two workdays in August, and get it plastered by the end of September. we’ll build segment three in 2016; this is enough for one year.

here’s the wall a couple weeks ago, with some bad bags patched with duct tape (that’s the red): 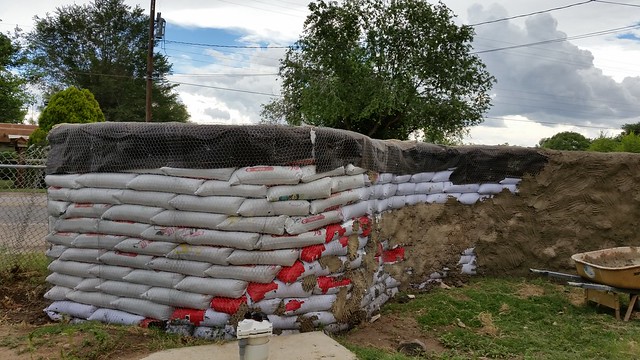 and the wall as of last week, with a full first-coat of plaster done. we’re aiming to complete a second coat this friday, and then will begin building the second segment in August. 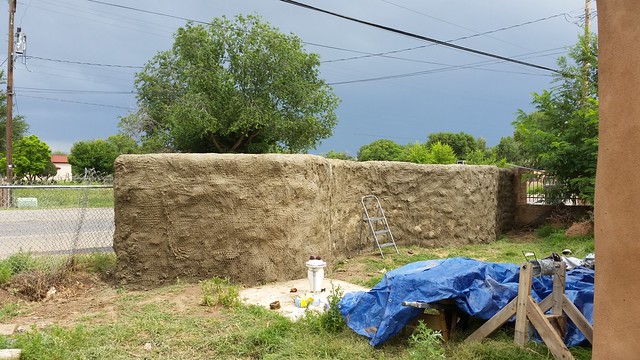 and of course, a gratuitous kitty pic. i have it on good authority that the paw is the cutest part of the cat. 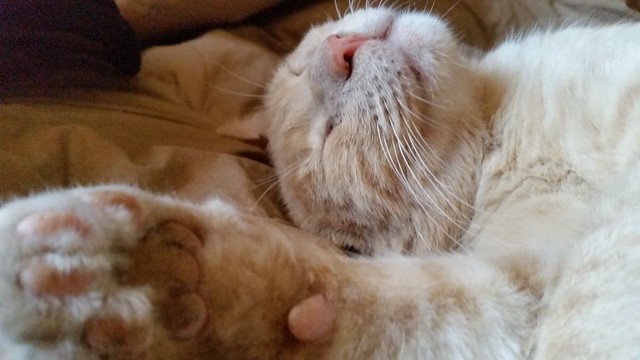